IDRS is excited to announce the winners of our 1st annual Commissioning Competition, which is a part of the Society’s 50 for 50 Commissioning Project. We were thrilled to receive over 50 submissions and the level of artistry displayed through the works submitted was incredibly high. For this reason, the jury has selected five winners to receive commissions from IDRS:

The entries were adjudicated by a world-renowned panel of artists representing both composers and double reed artists. We would like to thank our distinguished panel for their time and dedication with this exciting new project: 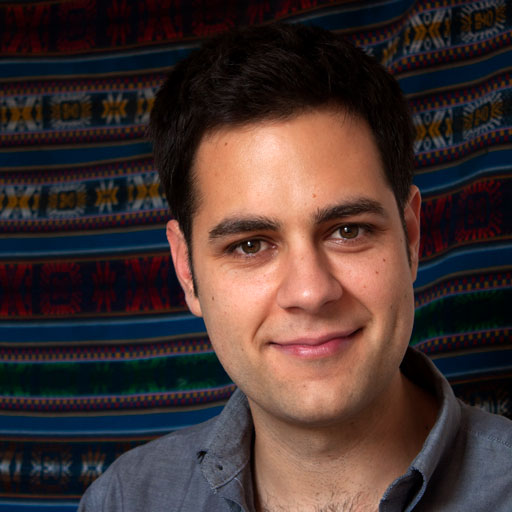 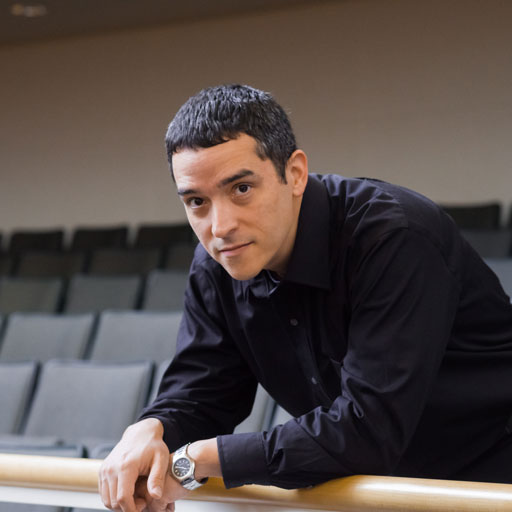 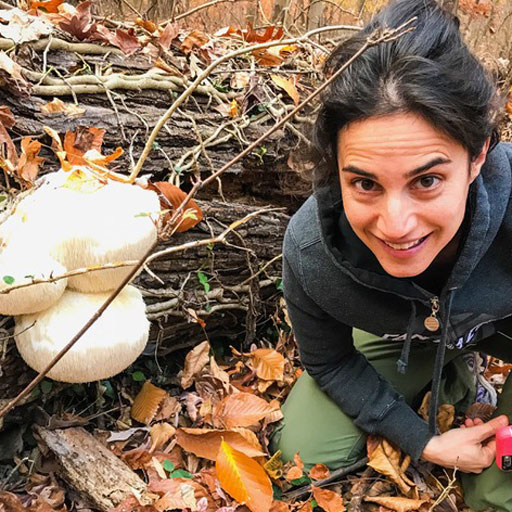 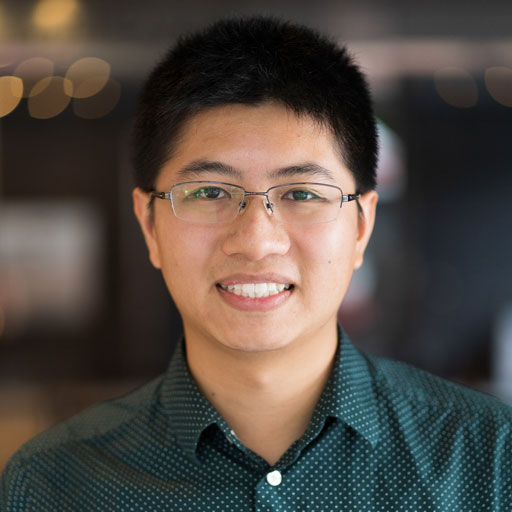 Born and raised in Lima to a Peruvian father and American mother, Daniel Cueto ́s work is reflective of his broad cultural experiences within European, North American and South American music. His compositions have been described as “cleverly melding rich traditional Peruvian melodies and rhythms with a contemporary flair, creating a style that is both pleasing and accessible to the listener and performer”. To date, his works have been performed in seventeen countries, including Germany, France, Spain, Norway, Malta, Argentina, Brazil and the USA.

Having studied and worked in Germany for many years, he fulfilled commissions for such institutions as Deutschlandradio, the Musikschule Bonn, the KHM Köln and the Robert-Schumann University Düsseldorf, and served as a member of the jury in the 29th Composition Competition of the City of Siegburg. His strong affinity for teaching led him to become an associate lecturer at the Detmold University of Music and at the Cologne University of Music and Dance from 2016 to 2019.

In counterpoint to his work as composer and educator, Daniel is an accomplished flute player who is active in a wide array of projects. He has performed solo, chamber and orchestral concerts in nine countries, including Germany, Holland, Latvia, Lithuania, Spain and the USA. He has appeared as concerto soloist four times with two Peruvian orchestras, the most recent highlight being the premiere of his own Flute Concerto No. 1 “Tale of the Chimú” with the Trujillo Symphony in August 2019.

Daniel came to the USA in 2019 to begin work on a Doctor of Composition degree at Indiana University – Bloomington, where he is currently studying with composer Don Freund. Since his arrival, he has been commissioned by several American musicians and institutions, including the International Double Reed Society, the PanAmerican Trio and Azusa Pacific University. He was recently named the winner of the Columbus Symphony Orchestra ́s Inaugural Composition Competition (Columbus, IN).

Daniel ́s music is published by Cayambis Music Press and by Filarmonika, as well as self-published through Chaska Ediciones. Recordings of his works have been released through the NEOS and Cantilena labels.

Described as ‘…intricately and skillfully wrought’ by The Sunday Times, Hannah’s music has attracted the attentions of some of the UK’s finest groups including London Philharmonic Orchestra, Bournemouth Symphony Orchestra, BBC Singers, and Philharmonia Orchestra, with performances at the Royal Festival Hall, Queen Elizabeth Hall, The Royal Opera House, Westminster, Canterbury, Gloucester and St Paul’s Cathedrals, Westminster Abbey and Cheltenham Music Festival. Hannah’s works have also been broadcast on BBC Radio, including ‘Composer of the Week’ in March 2015, and ‘Hear and Now’ in October 2016. In 2015, Hannah won the Women of the Future Award for Arts and Culture. Recent projects include a one-man chamber opera, ‘The Knife of Dawn’, premiered at London’s Roundhouse in October 2016. Based on the Guyanese/Caribbean political activist and poet Martin Carter, set to a new libretto by award-winning author Tessa McWatt, and directed by John Walton, it was described as being ‘dramatically intense and atmospheric, a powerful snapshot of a poet incarcerated in British Guyana’ by The Stage. Also, ‘The Spark Catchers’, an orchestral piece for Chineke!, which was premiered at the Royal Albert Hall in August 2017 as part of the BBC Proms, described as ‘imaginatively intricate’ by the Financial Times, and ‘Verdala’ for London Sinfonietta, conducted by George Benjamin at the 2018 Proms, described as having a ‘strikingly original form’ by the Daily Telegraph; and ‘Disillusioned Dreamer’ for Berkeley Symphony Orchestra, California, which the San Fransisco Chronicle described as ‘…teem(ing) with passages of brilliant instrumental colors…and harmonies boast(ing) surprising edges and a rich inner life…’ This season, Hannah will be working with BBC Symphony Orchestra; City of Birmingham Symphony Orchestra; London Symphony Orchestra; Ensemble Modern; Seattle Symphony Orchestra; Atlanta Symphony Orchestra; London Sinfonietta; Riot Ensemble; The Hallé; Paraorchestra and European Union Youth Orchestra.

Hannah is deeply committed to contemporary culture as a whole and often works collaboratively with artists from other art forms. She has developed a fruitful creative relationship with Poet Rick Holland, setting Fundamental for choir and brass quintet, described as being ‘a hugely accomplished work’ by Music OMH and a number of other poems from Rick’s recently-published collection Story the Flowers. Hannah also worked closely with choreographer Symeon Kyriakopoulos in creating Labyrinthine, which was premiered at The Place as part of the Resolution! Festival in 2009. Hannah also joined forces with Gallery Libby Sellers in developing ‘Middlegame’ for solo piano, which took inspiration from the Gallery’s GAMES exhibition. Commissioned by the Richard Thomas Foundation, the work was premiered at the space by Andrew Matthews-Owen and expanded into a three-movement piece, ‘On the Chequer’d Field Array’d’ that was performed by Andrew at the Purcell Room in May 2013. The work was selected as a Premiere of the Year by Classical Music Magazine.

Born in London in 1984, Hannah went on to graduate from the University of Exeter with First Class Honours in Music, having studied composition with Joe Duddell. Hannah also completed a Masters in Advanced Composition with Distinction from the Royal College of Music studying with Kenneth Hesketh and funded by the Arts and Humanities Research Council, the Royal College of Music Study Award and the RVW Trust. Hannah is currently based in New York City as a Doctoral Fellow in composition at Columbia University.

Today, in parallel to his active career as a composer and guest lecturer, Victor Marquez-Barrios teaches music theory and composition as part of the faculty at Truman State University, where he is also the founding director of Uncommon Practice, the University’s contemporary-music ensemble.

Katherine Needleman is probably best known for her arrangement of Jingle Bells for two nasal recorders, her appearance as an oboist in a USToday crossword puzzle, and an internet drama that followed her making fun of a critic who complained her performance work did not match metronome marks in the score. Most of Mx. Needleman’s creative musical life thus far has been in improvisation: she is the double reed section for Mico Nonet, an improvising chamber ensemble with colleagues from the Philadelphia Orchestra, Berlin Philharmonic, and 1970’s synthesizers; and she has spent thousands of hours improvising at the piano since she was a small child. Only rarely has she put anything on paper. She won an award in fifth grade for a piano solo work, and twenty-nine years later, she wrote a piece for the occasion of Donald Trump’s inauguration, which she performed in a pink knitted hat in front of an elephant humidifier. It received no interest beyond a few likes on Facebook. Since then she has written several songs for various occasions, including a Christmas carol which her husband forbade her from sharing in public because he said the embarrassment would be too great. Her history of cadenza-writing and transcribing/arranging for her own performances led her to write a few pieces during the COVID-19 quarantine, one of which, qua resurget ex favila for oboe and piano, won the International Double Reed Society’s Inaugural Commissioning Competition. In her spare time, Mx. Needleman enjoys presenting works by historically under-represented composers without tremendous regard for metronomes as well as mushroom foraging.

Dr. Roydon Tse (b.1991) is an award-winning composer, pianist, and educator based in Toronto. Passionate about communicating to audiences from all backgrounds, his works are influenced by a range of topics, from the fusion of Eastern and Western traditions, the global climate crisis, to psychology, places of being, and loss.

Born in Hong Kong, Dr. Tse studied in the U.K. before earning degrees in composition at the University of British Columbia (B.Mus, 2013) and the University of Toronto (M.Mus 2015, D.M.A, 2019). Roydon is an associate composer of the Canadian Music Center and currently serves on the faculties of the Regent Park School of Music and Canadian Opera Company After School Opera

The International Double Reed Society announced its first Commissioning Competition as part of the 50 for 50 Commissioning project. The purpose of this competition is to celebrate the 50th Anniversary of the International Double Reed Society and to acknowledge that the society has an important and ongoing responsibility to broaden the diversity of composers who write for double reed instruments.

Any composer is eligible except composers on the IDRS Executive Board, IDRS Staff, or members of the conference hosting team.

This competition called for scores, from which a panel choose four (4) composers to write new works. These works were premiered in July 2021, at the 2021 IDRS 2nd Virtual Symposium. Each composer submitted one complete work. The submitted work need not be for double reeds, but rather, a work that best illustrates their craft, language, and style.

The competition was adjudicated in a two-round process, with the winners being selected by a diverse panel of composers and music professionals using a blind evaluation process. The winners of this competition were engaged to compose a new 8-12 minute work for oboe, English horn, bassoon, or contrabassoon, with piano accompaniment.

There was no entry fee for this competition.

Each commission received its premiere at the July 2021 IDRS 2nd Virtual Symposium, and each winning composer will received a $1,000 prize.

Composers will use a submission form on IDRS.org. The online form will open on October 15, 2020 and will close on November 20, 2020. The following materials will be required:

Please address any questions to commissioning@idrs.org.