About IDRS Honorary Membership: The designation of Honorary Membership of the IDRS was created for persons of exceptional distinction who have completed meritorious service to double reed societies through the areas of performance, teaching, publications, instrument making or repair, or reed making. Such persons can be nominated at any time by the Society’s membership and may be elected to honorary status upon receiving two-thirds vote of the Executive Committee members. In 1974, W. Hans Moennig (1903-1988) became the first to be elected to this distinguished position.

Nominations may be made using the online Honorary Membership Nomination form. 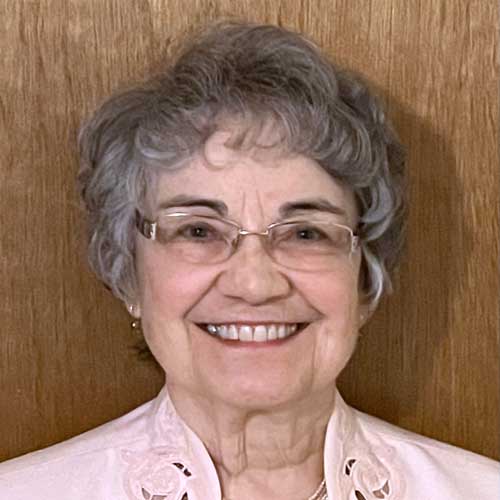 A native of Chattanooga, Tennessee, Doris DeLoach, Professor Emerita of Oboe at Baylor University, was introduced to and fell in love with the oboe through public school music teachers. In the ninth grade, she was chosen to perform a concerto with the Chattanooga Symphony Orchestra, and subsequently played with both the Chattanooga Symphony and Opera Association Orchestras. She earned the BM degree at Florida State University where she studied with Sharon Sauser and Nancy Fowler, followed by the MME degree at George Peabody College for Teachers (now Vanderbilt) where she studied with Don Cassel and Walter Jouval and also earned the position of English hornist with the Nashville Symphony. After teaching in the public schools of Montgomery County, Maryland, for one year, she was invited to become the first doctoral student in oboe at Florida State with Nancy Fowler. After playing one more season with the Nashville Symphony and completing the DM in oboe, she was hired at Baylor University in 1972 and remained there 45 years. She studied extensively with Ray Still beginning in 1974 and for one summer with John de Lancie. A founding member of the Baylor Woodwind Quintet, she also played with the Waco Symphony. The quintet was privileged to be coached by Marcel Moyse for two residencies in Vermont. As a doctoral student at Florida State, she received the Ernst von Dohnanyi Award for excellence in performance. Baylor University honored her in 1991 as the Outstanding Creative Artist, and in 2001 she received the Florida State University School of Music's Faculty Citation for Excellence in Performing and Teaching. She was a faculty member of the MasterWorks Festival and has performed and taught extensively both nationally and internationally. Dr. DeLoach has been an active member of IDRS since 1978. Dr. DeLoach is proud of her former students and continues to follow and enjoy their careers as performers and teachers across the country, as well as those students who are not in the music profession but remain committed to supporting the arts. "27-72: A Tribute to Doris DeLoach", a sonata for oboe and piano by Alyssa Morris, is the result of a commission by a consortium of former students upon her retirement in 2018. 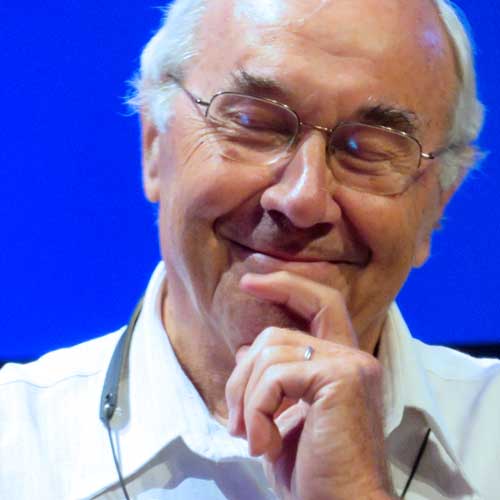 The son of German immigrants in the south of Brazil, Mr. Schweizer first studied the bassoon with Gustav Busch and in the 1970s went on to study in Germany. In 1977, he returned to Brazil as Bassoon Professor at Universidade de Brasília, where he was responsible not only for the bassoon class, but also taught music history and chamber music. Over more than twenty years, his bassoon studio grew and flourished, and many of Mr. Schweizer’s pupils became professional bassoonists, holding positions in Brazil, Uruguay, Germany, Israel, Canada and the USA. As a founding member and Principal Bassoonist of the Orquestra Sinfônica do Teatro Nacional Cláudio Santoro, he performed some of the standard concerti for bassoon. He also recorded chamber and solo works by Brazilian composers Cláudio Santoro, Marlos Nobre and Emílio Terraza, and lately, in 2005, released a CD of solo works. His contribution to the Brazilian concert music scene is undeniable. In a country where bassoons are even scarcer than aspiring bassoonists, for economical reasons among others, Mr. Schweizer embarked on a journey of researching Brazilian woods, bassoon measurements, instrument-making tools, woodworking, metalworking and welding techniques in order to start affordable bassoons. His first instrument, the first bassoon ever made on Brazilian territory, was ready to be played in 1991. Since then, he has handcrafted one instrument per year on average, from scratch and all by himself, and has become one of Brazil’s most sought-after bassoon repairmen. In the early 2000s, as the internet grew popular and accessible in Brazil, Mr. Schweizer launched his own website, named "Portal do Fagote'', along with a mailing list and online forum. Over the past two decades, the Bassoon Portal has been an online space where professional bassoonists, amateurs and students share plenty of information, academic research, reviews of performances and recordings, news and tidbits of the bassoon world in a light-hearted fashion. The Portal was certainly a great inspiration and starting point for the creation of the Brazilian Double Reed Association, and this is one of the reasons why we consider Mr. Schweizer to be a pillar of double-reed culture in Brazil. Mr. Schweizer, as a performer, teacher, instrument maker and an inspiration to all bassoonists in Brazil, is a truly accomplished artist and a generous, wonderful human being. Through instrument-making, teaching, playing and networking, he has lit the way for many students to thrive in their musical path and has facilitated communication between all the bassoonists in Brazil. 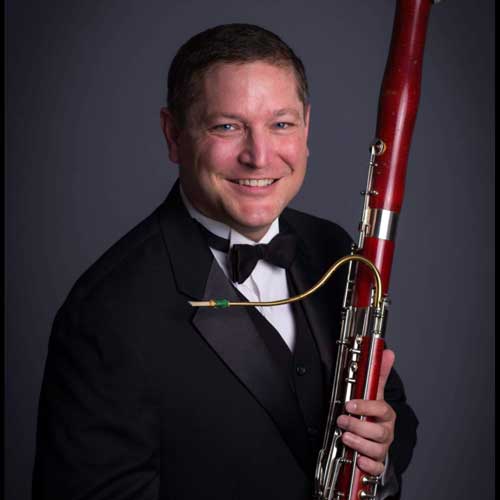 Eric Van der Veer Varner was a true polymath — world-class musician, devoted professor and mentor to dozens of young bassoonists, successful business owner, and even farmer — and an extraordinarily kind and generous man. Eric graduated from Normal Community High School in 1992 where he was in the orchestra and marching band. He earned a bachelor of music in bassoon performance at the University of Michigan where he was a member of the Michigan marching band, playing tenor saxophone. He went on to earn master of music and doctor of musical arts degrees, also from the University of Michigan. He also earned a master's degree from the Musikhochschule in Mannheim, Germany. Eric was a professor and department chair of woodwinds at the Conservatory of Music at Lynn University in Boca Raton, Fla. He had previously held faculty appointments at Miami University (Ohio), Heidelberg University and Windsor University. In addition, he owned Trevco-Varner, “the world's foremost purveyor of sheet music for double reeds.” He sold sheet music for bassoon, oboe and other double reed instruments in all 50 states and around the world. Along with Phil Paglialonga on clarinet and Nora Lewis on oboe, he was a member of the PEN Trio. They gave concerts and master classes at universities across the United States and around the world. Finally, he had responsibilities marketing corn and soybeans for Varner Farms, of which he was a seventh generation part-owner. Having studied both piano and saxophone in elementary school, Eric began playing the bassoon while he was a student at Parkside Junior High School, studying with Anthea Hallett-Ybarra. His other notable teachers included Michael Dicker of Illinois State University, Richard Beane and Hugh Cooper of the University of Michigan, and Alfred Rinderspacher of the Musikhochschule Mannheim. Eric treasured his annual trips to the Glickman Popkin Bassoon Camp in Little Switzerland, N.C. He had a long association with the prestigious Interlochen Arts Camp in Interlochen, Mich., having studied there as a camper while in high school and then returning for 11 summers as a camp counselor in the High School Boys Division. Eric had a great many interests aside from music. He was a fluent speaker of German, having grown up speaking it at home with his family. Together, the Varners made frequent trips to Germany to visit relatives. He was also studying Spanish so that he could better communicate with his fiancee Evelyn's family in Venezuela. Eric was a passionate reader with overflowing bookshelves covering most of the available walls of his home. He was particularly interested in books on medieval European history and science fiction and fantasy. Eric also enjoyed cooking (Jambalaya was a favorite) and baking (especially German Christmas cookies). And he was in the process of restoring a 1974 Opel Manta, the same kind of car in which he was brought home from the hospital, as a surprise for his parents.

Oboist, IDRS Honorary Member, and longtime oboe editor of The Double Reed, Daniel Stolper was a brilliant musician, pedagogue, accomplished writer and editor, and an iconic figure in our community since its inception almost 50 years ago. He served on the faculty at Michigan State University, Interlochen Arts Academy, and Interlochen Arts Camp. He also held positions in the San Antonio Symphony, New Orleans Philharmonic, and Lansing Symphony during his remarkable career. He will be deeply missed.

The President’s Award is an honor bestowed by the IDRS President to recognize those who have made distinctive and especially meritorious contributions to the Society and/or the double reed profession and who demonstrate the values that define and shape IDRS as an organization.